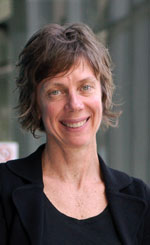 It's our great pleasure today to welcome as an IntLawGrrls contributor Dr. Anne Orford (left), Michael D. Kirby Professor of International Law and Australian Research Council Future Fellow at Melbourne Law School. She also served for many years as the law school's Foundation Director of the Institute for International Law and the Humanities.
We're especially pleased to welcome Anne this week:
Tomorrow, at Sweden's Lund Cathedral, Lund University will give her an honorary doctorate in law


'for her research that releases international law into its full intellectual, political and emancipatory complexity.'

(The other honoree will be Marianne Lundius, President of Sweden's Supreme Court and the 1st woman to hold that position.)
A scholar in many aspects of international law – international trade law, law and development, legal history, legal theory, and post-colonial theory – Anne's been awarded 2 Australian Research Council fellowships, the current one for a 3-year project entitled "From Famine to Food Security: The Role of International Law." She's visited as a teacher or researcher at many universities, among them Lund and Gothenburg in Sweden and Harvard and NYU in the United States. In Germany last month, she presented the Rechtskulturen lecture hosted by the Wissenschaftskolleg zu Berlin and Humboldt University Law School. 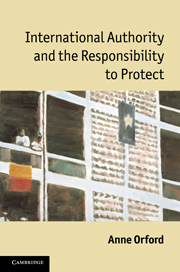 Anne earned a bachelor's degree from the University of Queensland, the Australian state where she's admitted to practice as a solicitor; a master's degree in public international law from the University of London; and a Ph.D. from the University of Adelaide, which also awarded her the Bonython Prize for the best postgraduate law thesis.
Among her many publications is International Authority and the Responsibility to Protect (2011). Anne drew on that work for her presentation at "Military Intervention and the Law of Peace," the plenary panel that opened the March 2012 annual meeting of the American Society of International Law. Patricia O'Brien, the Under-Secretary for Legal Affairs and the U.N. Legal Counsel already has honored us by contributing her remarks at that panel as an IntLawGrrls post. Today Anne does the same. Her introductory post below, as well as her post tomorrow, make up a 2-part exploration of the significance of a concept about which IntLawGrrls frequently have posted, the responsibility to protect.
Anne dedicates her contribution as follows:


'In terms of a transnational foremother, and in the spirit of receiving an honorary doctorate from Sweden, I would like to propose Alva Myrdal – a feminist intellectual who is now treated as one of the major architects of the Swedish welfare state. Myrdal's activism, scholarship, and policy development were based upon a deep-seated conviction that social planning based upon factual knowledge and explicitly articulated values is not only desirable, but also necessary, if the modern state is to be made hospitable for women and children.

'In 1949, at the invitation of the Norwegian Secretary-General Trygve Lie, Myrdal became head of the UN's Department of Social Affairs ­ the highest-placed woman in any international organisation. In that role, she worked on issues including population, human rights, refugees, and the status of women. From 1950 to 1955, Myrdal chaired the Division of Social Sciences at UNESCO. By 1953, Myrdal had begun to voice her concerns that development under UN auspices had become a field for outsiders enforcing American-financed development projects that required large capital outlays and bore little relation to the values and knowledge of local communities.
Myrdal left the UN to serve as Swedish Ambassador to India, Burma, Ceylon (now Sri Lanka), and Nepal from 1955 to 1961. During that period, she became a close friend and political ally of the Indian Prime Minister Jawaharlal Nehru.
'She is perhaps most famous for her later work on disarmament, ­as Swedish Ambassador to the Geneva disarmament negotiations, the Swedish Cabinet Minister for Disarmament (1966-1973), and the author of The Game of Disarmament (1976), ­ for which she was awarded the Nobel Peace Prize in 1982.'

Myrdal (photo credit), who died in 1986 in Stockholm, the day after her 84th birthday, joins other inspiring women on IntLawGrrls' foremothers page.

Heartfelt welcome!
by Diane Marie Amann at 6:00 AM