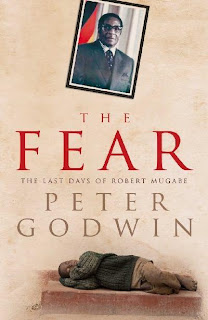 '[T]he case will still have a galvanizing effect on the situation in Zimbabwe. Anyone there who is under investigation will now risk arrest by coming to South Africa, a country frequented by the Zimbabwean elite for shopping, medical treatment, catching international flights or visiting their vacation homes in Johannesburg or Cape Town. ... South Africa’s laws could trump diplomatic and sovereign immunity, which means sitting heads of state could be potentially vulnerable, too – although they would have to be on South African soil to face arrest.'

So writes Peter Godwin in a New York Times op-ed, entitled "A Landmark Ruling in South Africa," that adds further context to a ruling last week on which Naomi Roht-Arriaza and I posted here and here. The May 8 judgment in South African Litigation Centre et al. v. National Director of Public Prosecutions et al., issued by a High Court judge in Pretoria, orders South African investigators to, well, investigate victims' complaints that Zimbabwean officials sometimes present in South Africa committed torture. That's a crime against humanity punishable before the International Criminal Court and, by dint of national implementing legislation, in South Africa as well.
The op-ed worries that South Africa will continue to stall, via appeals or otherwise, and urges all to pressure President Jacob Zuma instead to comply with the High Court order.

The op-ed's author made a persuasive case for such pressure well before the May 8 judgment: Godwin (right) was born in what's now Harare, capital of Zimbabwe, and he practiced law there before becoming an author/journalist. Based now in New York, he's not only the President of the PEN America Center, a literary/human rights NGO, but also the author of a powerful memoir, The Fear: Robert Mugabe and the Martyrdom of Zimbabwe. (This 'Grrl had occasion to hear Godwin's stirring account of the book at an event last fall, sponsored by the Dean Rusk Center for International Law & Policy here at the University of Georgia School of Law. (credit for photo accompanying Georgia Political Review interview with Godwin))
Initially published in 2010, Fear tells of Godwin's harrowing trip back home in 2008. He and his sister, Georgina, thought they were returning to a Zimbabwe that soon would oust President Robert Mugabe (prior posts), who long had ruled the country with an authoritarian fist, with Morgan Tsvangirai, against whom a close vote had forced a Presidential runoff election.
This was not to be.
Mugabe supporters unleashed a wave of terror that Godwin's book recounts in painful detail. It is must reading for anyone trying to plumb the nature and significance of "post-election violence" – of anyone, that is, who is trying to figure whether and why international criminal prosecutors deem such violence a crime against humanity. PEV, as it's called, is at the core of 2 much-scrutinized matters before the International Criminal Court:
► The Situation in the Republic of Kenya, about IntLawGrrls frequently have blogged in posts available here; and
► The Situation in the Republic of Côte d'Ivoire, for which former Ivoirian President Laurent Gbagbo sits in detention at The Hague.
There is no Situation in Zimbabwe, as it's not a state party to the ICC.  Thus the significance of the May 8 ruling, and the occasion for Godwin's call for global pressure on South Africa.
by Diane Marie Amann at 4:00 AM