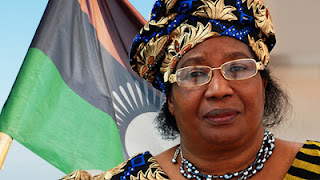 Joyce Banda's been busy in the month since she became the President of Malawi.
Her latest move: on Friday she reversed her country's policy regarding the International Criminal Court.
Last year, during the rule of its former President, Malawi welcomed Sudan's President Omar al-Bashir when Malawi hosted Common Market for the Eastern and Southern Africa summit. (prior post)
But this year the new President, Banda, hid the welcome mat.
A month ago today, Banda was sworn in as the 1st woman in southern Africa to lead her country, and the 3d woman in Africa to be head of state; in this, she follows 2011 Nobel Peace Prizewinner Ellen Johnson Sirleaf, Liberia's President since 2006, and an IntLawGrrls foremother, Zewditu I, Empress of Ethiopia from 1916 to 1930.
Banda has asked the African Union not to permit Bashir to attend a summit set to be held in Malawi later this year.
A representative of Sudan responded that it has a "right" to attend the summit.
Banda explained her requested at a press conference Friday in the capital city, Lilongwe:


'Malawi is already going through unprecedented economic problems and it would not be prudent enough to take a risk by allowing one person to come and attend the summit against much resistance from our cooperating partners and donors.'

Bashir's presence last year, Banda asserted, "cost Malawi US$ 350.7 million from the US Millennium Challenge Corporation meant to rejuvenate Malawi's fledgling power supply." The loss is significant for Malawi, which ranks 171 out of 187 countries measured in the U.N. Development Programme's International Development Index.

The snub of Bashir is one of several bold moves by the woman whom Forbes Africa named the 3d most powerful woman in Africa back when she still was Vice President. (credit for Reuters photo of Banda, with Malawi's flag in background) In these other moves, she: 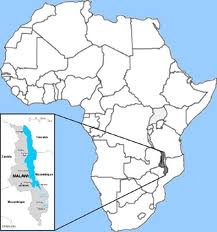 ►  Averted an reported coup plot in the days after her predecessor's death.
►  Moved Britain to re-warm diplomatic relations, which chilled last year.
►  Fired the national police chief, appointed by her predecessor and "accused of instilling a climate of fear including arbitrary arrests and the shooting dead of 19 people during anti-government protests last year."
► Fired the wife of her predecessor; he'd appointed her to a lucrative foundation post.
►  Reaffirmed her commitment to women's rights by referring to her own "'brave'" decision to leave an abusive marriage.
►  Told a reporter:


'You ask how I feel to be the first female president in Southern Africa? If I fail, I will have failed all the women of the region. But for me to succeed, they must all rally around.'