Read On! On the right of states to exclude migrants

Are states obligated to provide justifications for not admitting the entry of an alien who seeks mid- and long-term stay in their territory?
Bas Schotel (below right), Assistant Professor of Legal Theory at the University of Amsterdam, provides a positive answer to this question in his recent book, On the Right of Exclusion: Law, Ethics and Immigration Policy (2012), published by Routledge. I had an opportunity to introduce it at the Law Faculty Seminar of the University of Amsterdam, which takes place once a month, and has been one of the important agents to stimulate the faculty-wide academic discussion. (book cover credit)

Schotel's positive answer to the question above would be contrasted with a standard account given by international lawyers.
His book focuses on what he terms "normal" migrants, namely, those aliens who have neither a legal right to admission nor the special legal protection such as the case of refugees. Under customary international law, a receiving state has the discretion to admit or exclude such migrants without providing justifications to them. Schotel tries to refute this standard account by unpacking and analyzing the legal and political theories behind it. He argues that a state has the "duty to justify" the exclusion of migrants who are situated in the entry point of a state's legal order—and he does so not by way of advocating the right to free movement, but by reconsidering the nature of a state's legal order and its authority, which might have traditionally left normal migrants at the edge of legal sphere.

Case for a Duty to Justify Non-Admission 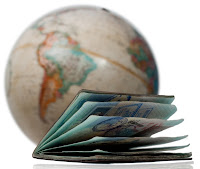 Schotel makes the case for the state's "duty to justify exclusion" in the following four steps"
► He first rejects the two major existing theories that underpin the sovereign states' discretional exclusion without justification: the rule of inherent sovereign power (Chapters 1-2) and the exclusion thesis (Chapters 3-4).
The admission of aliens is often described as part of sovereign states' inherent power. Yet Schotel contends that such a sovereign power narrative, including the need to safeguard territorial integrity, does not provide the theoretical basis for exclusion without justification; it is to be invoked against other states, and not against migrants.
Regarding the latter, the exclusion thesis, he draws on the observations of Carl Schmitt, Giorgio Agamben, and Hans Lindahl. Despite variance in their accounts, it is possible to abstract a common tenet for the purpose of the states' encounter to aliens: "inclusion", especially the one based on a territory, is essential for founding and sustaining any political and legal order, and such inclusion necessarily implies exclusion.
Schotel refutes this "exclusion thesis" as a basis for the states' right to exclusion without justifications. It is not only inconsistent with the historical facts that there are different forms of creating orders without territories. It is also conceptually problematic; to establish what is included within one legal order does not by itself define the externality. Namely, inclusion does not necessarily imply exclusion.

► Having refuted these two grounds, Schotel makes a second, and more positive, step to demonstrate why a state has a duty to justify (Chapter 5).
Here he invokes Joseph Raz's "authority thesis" as one of the central bases for the duty to justify. Law claims authority. In order to claim authority, law must have the "capacity to have legitimate authority". Such a capacity would be conditioned inter alia by the provision of justifications over those individuals over whom the law purports to claim authority. In light of this account, incumbent admission laws, which do not provide justifications vis-à-vis migrants, do not have the capacity to have legitimate authority—and may not even be counted as "law". In order to reclaim its "legal" status, therefore, admission laws must provide aliens with justification for exclusion. Justifications has to be "proper", Schotel argues, backed by sufficient relevant facts and balanced against the migrant's interest.
► Next, having defending the duty to justify, Schotel moves on to claim that the burden of justification should be placed on the receiving states—and not on migrants (Chapter 6).
Here he draws on liberal political theories to substantiate his claim. Free movement is a central value under liberalism. While there are general objections against free movement (such as moral concerns over social justice and more practical issues of social stability), these objections are based on abstract and idealized assumptions and are therefore either refuted or accommodated.
► Finally, Schotel concludes his thesis by claiming that to obligate states to justify exclusion would be institutionally feasible, and presents the application of the principle of proportionality to the admission practices.

Schotel's focus on "normal" migrants with integrative perspectives
I wish to briefly make the following two comments on this challenging book.
► First, one of the appealing points of this book is its focus on so-called "normal" migrants.
Because of their "normality", law (whether international or domestic) and legal scholarship have neglected the fact that normal migrants are positioned, not only in-between the legal orders of two states, but also at the edge of law and non-law.
On the other hand, his focus on the normality is precisely the source of the challenge.
One of the simple reasons law has been neglecting or not prioritizing "normal" migrants is because the normality often involves the active "choice" of migrants to enter into another state. Compare the case of "normal" migrants with refugees or even those individuals under foreign occupation. Refugees are at least in part forced to enter into another territory. In the case of individuals under foreign occupation, it is a foreign state, and not individuals, who decides to enter into the territory of another state and exercise authority over those individuals. The need to provide justifications for the exercise of authority vis-à-vis individuals seems much stronger in these "non-normal" cases. Without touching on the wider implications of his thesis, Schotel's book may not be able to remedy the intuitive distance between readers and his conviction about the duty to justify.
► The second strength of this book is the integration of different analytical perspectives.
Schotel successfully accommodates the following multiple dimensions into one analytical language: immigration practices, national and regional immigration laws, international law governing the entry of aliens, political theories about sovereign states and a state's legal order, liberal political theories, and empirical analysis. The convergence of different fields is often avoided by scholars, and such avoidance may narrow down the significance of their outcomes or restrict the community by which their work is read and understood. Schotel's book attempts to remedy this problem.
On the other hand, the integration of different analytical accounts into one box is also one of the troubling points of this book.
Schotel sometimes brings theories or practices which cast doubt on the contextual relevance. Especially, the reference to Carl Schmitt within the context of immigration policies accounting for the state-aliens relationships is intriguing but not entirely persuasive. Schmitt's friends-enemy distinction and more broadly, internal-external distinction were made by reference to his idea of wider international order, which appears to keep the relevance between Schmitt's work and the migration issues at a minimum.
Yet these two points by no means undermine the novelty of this book's focus and arguments—shedding light on the dubious legal position of "normal migrants" discounted by law, including international law. This book has certainly given me a good opportunity to reflect once again on legal and political narratives regarding the protection of individuals—and the need for constant questioning whether the former narratives overlook the latter protection under the shield of normality.

by Machiko Kanetake at 6:00 AM