JOHANNESBURG – One of the critiques of transnational prosecutions based on universal jurisdiction is that they are a new brand of neo-colonialism, with former colonial powers seeking to bring into court disgraced leaders of their former colonies. It is true that many of the recent transnational cases involve European courts, while the defendants come from Africa or Latin America. But two cases – each from a different hemisphere – show that as universal jurisdiction provisions become a more regular feature of national law, countries of the South can, and do, make use of them in egregious cases of international crimes. 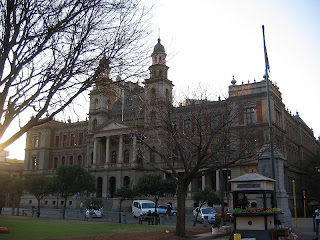 In a judgment issued Tuesday, South Africa’s North Gauteng High Court (Judge H.J. Fabricius) ruled that South African prosecutors and police illegally refused to proceed with an investigation of systematic torture in Zimbabwe. (credit for photo of the Pretoria courthouse)
As IntLawGrrl Diane Marie Amann also discusses in her post below, the case involved allegations, contained in a dossier provided to police and prosecutors by the Southern Africa Litigation Centre and Zimbabwe exiles, that high-ranking officials from Zimbabwean President Robert Mugabe’s political party ordered police to storm the offices of the opposition MDC party on March 27, 2007. Over a hundred people were alleged to have been detained and severely tortured, as part of a widespread and systematic campaign against the MDC. Several of the named defendants traveled regularly to South Africa, although none was identified as being present when the case was heard.
South Africa’s 2002 Rome Statute of the International Criminal Court Act domesticates the Rome Statute. It orders courts to apply the Act, the Constitution, and also allows them to apply the Rome Statute itself as well as customary international law and comparative law:
► Section 1 incorporates the Rome Statute crimes.
► Section 4(3) provides the following:

► Section 5(1) requires the consent of the Director of Public Prosecutions to initiate a prosecution.
The South African authorities refused to open an investigation, alleging that, first, the information they had received from the two NGOs was insufficient, and that, secondly, there was no point investigating because the Zimbabwean authorities were unlikely to cooperate, all the evidence was in Zimbabwe, and moreover opening an investigation would likely chill relations with the Zimbabwean police and create political problems. Finally, the government argued, the Act required presence of the defendants to prosecute, and none of the defendants had been shown to be present.
The court rejected all these arguments:
► It found that there was a clear difference between investigation and prosecution, and that all sides agreed that there was reasonable suspicion of criminal acts within the meaning of the Act: that was enough to trigger an investigation. The political and practical difficulties in proceeding were extraneous to the decision to investigate; in effect, the police were ordered to “see how far you get,” including by invoking mutual assistance treaties.
► Moreover, the court found that if the police could not initiate an investigation for crimes committed outside South Africa, the ICC Act would be rendered meaningless. Presence of the defendant was not required in the investigative phase, although it was necessary for trial. The court ordered the police, in collaboration with the prosecutor’s Priority Investigation Unit, to investigate the case, although it made clear that the police were not required to bring any witnesses from Zimbabwe and could not guarantee the safety of any who volunteered testimony. At a later stage, the Director of Public Prosecutions was directed to decide if there was enough evidence to move from investigation to prosecution. 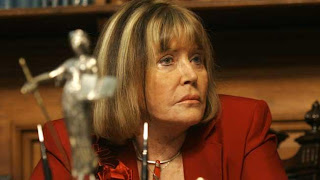 The decision will no doubt at least put a crimp in the travel plans of a wide range of Zimbabwean ZANU-PF party and government officials.

Argentina
At the same time, in a different hemisphere, the universal jurisdiction tables were turned. Investigations proceed in an Argentine case involving the commission of crimes against humanity in Spain’s 1930s civil war.
As many readers will recall, Spanish courts began an investigation into the crimes of the Argentine military in 1996. The investigations, headed by Judge Baltazar Garzón, were eventually merged with those in neighboring Chile. Arrest warrants for Chile’s former strongman Augusto Pinochet as well as for dozens of Argentine military officers followed. The Spanish courts approved.
But when Garzón tried to apply the same theories to Spain’s own disappeared – over 100,000 people from the civil war are still missing – the judiciary balked.Garzón  was threatened with removal as a judge, a process we have written about in posts available here. His investigation stalled, and the Spanish Supreme Court held in February that the Franco-era amnesty law precluded any investigation.
As we posted a while back, some 50 family members of people killed during the war turned to Argentina, which also has a universal jurisdiction law.
Under that law, Judge María Servini de Cubría (above left) opened an investigation, and at the end of 2011 sent a request to Spanish authorities asking for the names of high-ranking Franco-era officials and their current whereabouts (many are dead). She has met with victims’ groups in Argentina, and announced plans to travel next month to Spain to continue her investigations. (photo credit)
While it’s unclear whether Spanish authorities will cooperate with the judge, her high-profile efforts are keeping the issue alive in the Spanish press.
by Naomi Roht-Arriaza at 6:00 AM