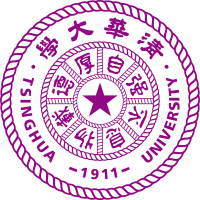 BEIJING – Greetings from Wangfujing Dajie, the Ramblas of this sprawling capital. At Wangufjing Gucci and Cartier meet street food and green-tea icepops on a pedestrian mall dotted with hotels – including one where Vladimir Putin joined Hu Jintao in opening a “cooperation summit” yesterday.
Yours truly was many subway stops away, in the northwestern district that’s home to a number of China’s premier institutions of higher education, including Peking and Tsinghua universities. I gave a lecture on “Responsibility and the International Criminal Court” at Tsinghua University School of Law. My host was Dr. Bing Bing Jia, whom I’d met more than a decade ago in Paliæ, a town near Serbia’s border with Hungary: while he was a Legal Officer at the International Criminal Tribunal for the former Yugoslavia, he and I were on the faculty of a weeklong program to train Serbian lawyers in international criminal law. 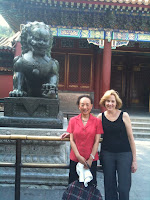 Yesterday, with Bing moderating, Tsinghua students posed incisive questions about the ICC and its relation to an array of actors – in particular, nonparty states like China and the United States.
In the audience was another colleague, Dr. Liling Yue, Professor of China University of Political Science and Law. Liling’s an expert in comparative and international criminal law and recently was a Fulbright visitor at my former home institution, the University of California, Davis, School of Law, as the guest of my colleague Floyd Feeney.
After the lecture, Liling took my family and me to the Summer Palace (see photo above left). It was built as a (then) out-of-town estate for the Qing emperors, and is especially associated with the Empress Dowager Cixi, one of the few women to have ruled China. Lacquered imperial buildings border a breezy lake, on which dragon-headed barges ferry tourists. Lovely.
by Diane Marie Amann at 1:08 PM