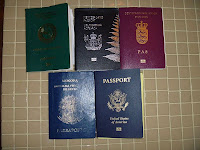 There is a movement in the United States to deny citizenship to children born in the country to parents who have immigrated illegally. The advocates of this alarming proposal to “reinterpret” the Fourteenth Amendment defend it with statements like, “the primary requirements for U.S. citizenship are dependent on total allegiance to America, not mere physical geography.” The United States is not the only country to experience a movement to restrict birthright citizenship through some kind of allegiance test. In Europe, Ireland and France have moved away from jus soli citizenship to differing degrees, and there have even been recent calls in France to require children born on French soil of foreign parents to participate in a ceremony at age 18 to mark their passage into citizenship.

These movements represent more than opposition to illegal immigration: they signal a backlash against more fluid conceptions of citizenship widely embraced over the last few decades as a result of economic integration, migration, and more liberal national and international law on multiple citizenship. While the proposals seek to tie citizenship to allegiance and an immutable sense of belonging to a single national identity, there are indicators that individuals decreasingly conceive of their citizenship in such exclusive, permanent, and patriotic terms. Two examples come to mind.

First, voluntary renunciation of U.S. citizenship is at an all-time high: the number of Americans giving up their citizenship doubled in 2010 and continues to rise. Anecdotal evidence suggests that this group of former citizens is largely composed of wealthy individuals motivated by tax considerations, the United States being the only country that imposes citizenship-based personal income tax even on non-residents. In a recent example of this phenomenon, one of the founders of Facebook made headlines by giving up his U.S. citizenship days before the company’s IPO. These individuals, despite being American and apparently having lived the “American dream,” don’t seem to feel a particular loyalty or allegiance as an aspect of their citizenship.

Second, and more generally, recent decades have seen a steady growth in dual (and even triple) citizenship. Once viewed negatively by all nations, carrying multiple passports is now widely tolerated in national and international law and even encouraged by some states. This broader global policy shift shows that movements to entrench an early 20th Century conception of citizenship, while they may have some short-term impact, are unlikely to reverse the tide of changing ideas about what it means to be a national citizen in a world that is more interconnected than ever before.
by Sadie Blanchard at 7:14 PM