On the eve of a new start at the ICC

“The accountability vacuum of the past is not a viable alternative.” 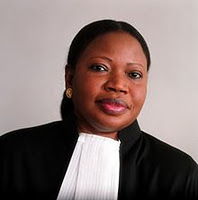 So writes international prosecutor Serge Brammertz in a Guardian op-ed published in anticipation of a new beginning: at 11 a.m. Hague time (5 a.m. New York time) tomorrow, Friday, June 15, Fatou Bensouda will be sworn in as the Prosecutor of the International Criminal Court. (Live webcast available here).
Since December of last year, Bensouda’s held the transitional title of Prosecutor-Elect. And as detailed in our prior posts, before that she’d served as Deputy Prosecutor since 2004. Her predecessor as Deputy was Brammertz (prior posts), who went on to become, in 2008, Prosecutor of the International Criminal Tribunal for the former Yugoslavia. He’s thus well-poised to offer thoughts on what’s needed to improve international criminal justice the years ahead. And so he does, in an op-ed entitled International criminal court: now for Kony and Bashir, and subtitled “The ICC has a new prosecutor. But what it really needs is a fresh vision of international justice.”
Though the full item’s well worth a read, here in bullet points is Brammertz’ prescription:
► Support by states of the court’s orders, among them the long-standing warrants to arrest incumbent Sudanese President Omar al-Bashir as well as Joseph Kony, leader of the Uganda militia known as the Lord’s Resistance Army.
► Universal ratification of the Rome Statute of the ICC as a means to avoid unequal application of its terms.
► Pending universal ratification, extension of ICC jurisdiction through fairly applied U.N. Security Council referrals.
► Building of capacity in national criminal justice systems.
► Development of standard procedures for ad hoc fact-finding commissions.
by Diane Marie Amann at 12:51 PM