Slaughter on structures for work-family balance 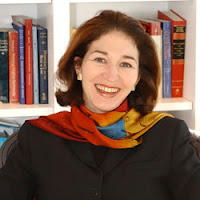 'I still strongly believe that women can "have it all" (and that men can too). I believe that we can "have it all at the same time." But not today, not with the way America’s economy and society are currently structured. My experiences over the past three years have forced me to confront a number of uncomfortable facts that need to be widely acknowledged –  and quickly changed.'

So writes our colleague. Dr. Anne-Marie Slaughter (above), in an Atlantic article that describes the challenges of being a family woman while she held a "foreign-policy dream job" as the 1st woman Director of Policy Planning at the U.S. Department of State.
The 3d of 4 women ever to serve as President of the American Society of International Law, from 2002 to 2004, and former Dean of the Woodrow Wilson School of International Affairs at Princeton University, Slaughter left her State Department position in 2011, after 2 years, and returned to her academic post at Princeton.
In the Atlantic article, Slaughter situates her decision to leave in a context not only of the choices other successful women make, but also of the condition of women less "successful," as that term is typically used in the marketplace. (In so doing, she joins a discussion on work-family balance frequently addressed here at IntLawGrrls. And The New York Times chimes in here.) 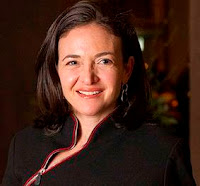 Slaughter also takes on Facebook executive Sheryl Sandberg (right), who's offered her own critique on this issue in speeches like the one available in this video. (photo credit)
What does Slaughter prescribe?
An array of attitudinal and structural changes, among them:
► "[C]lose the leadership gap: to elect a woman president and 50 women senators; to ensure that women are equally represented in the ranks of corporate executives and judicial leaders."
► Tailor work schedules to fit the needs of good parents; that is, conform day-to-day work schedules with those of children's school schedules, and reduce travel obligations and face-time expectations. (Get that Skype account activated, 'Grrls.)
► Expect commitment to family from men as well as women in power. At this juncture, Slaughter poses an excellent question:


'Why should we want leaders who fall short on personal responsibilities?'

► Encourage a range of behavior, from the men as well as the women, in places of work and study. Slaughter writes:


'I continually push the young women in my classes to speak more. They must gain the confidence to value their own insights and questions, and to present them readily. My husband agrees, but he actually tries to get the young men in his classes to act more like the women – to speak less and listen more. If women are ever to achieve real equality as leaders, then we have to stop accepting male behavior and male choices as the default and the ideal.'

► Women in power – deans, for instance – should keep family in the mix of their obligations, Not only should they make time for family (and allow staffers to do the same), but they should make clear to the men and women with whom they work that they are doing so, thus staking out family space for all in the enterprise.
Slaughter's uplifting term for all this?
A "national happiness project."
by Diane Marie Amann at 6:00 AM