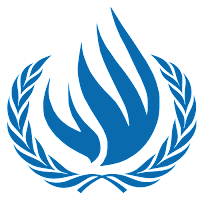 In Foreign Policy, James Traub observes that U.S. participation in the UN Human Rights Council has helped make the Council more responsive to human rights abuses. The Human Rights Council was created in 2006 to replace the UN Human Rights Commission after the former body lost credibility for permitting countries such as Zimbabwe to join and obstruct condemnation of their actions. The body gained notoriety in the United States and was criticized from many quarters as perennially hyper-focused on Israeli human rights violations and blind to other states' abuses.
Unsatisfied with the proposal for the new Council, the Bush administration rejected U.S. involvement, arguing that refusing to participate gave the U.S. more "leverage" over the Council by permitting it to withhold what was seen as its legitimizing presence from what would inevitably be the same endeavor with a new label. The Obama administration reversed course in 2009, believing that engaging with the Council would permit the U.S. to help shape its actions. At the time, U.S. Ambassador to the UN Susan Rice stated that the United States sought election to the Council "because we believe that working from within, we can make the council a more effective forum to promote and protect human rights."
Traub assesses the results of the engagement strategy favorably, arguing that it has increased international scrutiny of human rights abusers. For example, the United States representative on the Council, Eileen Donahoe, is credited with revising the rules for the Universal Periodic Review, a human rights report card for every UN state. By permitting any state to intervene in the review process, the new procedure blocks abusers' oft-used diversionary tactic of lining up comments from cronies to direct attention away from the most serious problems.
by Sadie Blanchard at 9:52 PM