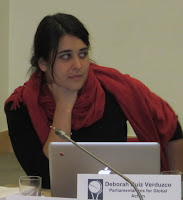 It's our great pleasure today to welcome Deborah Ruiz Verduzco as an IntLawGrrls contributor. Deborah is the Deputy Director of the International Law and Human Rights Programme of Parliamentarians for Global Action. Her work, from PGA’s office in The Hague, entails the provision of political, advocacy and legal advice to this network of parliamentarians that has been credited with contributing to 75 of the 121 ratifications of the Rome Statute. Her work also includes the provision of technical assistance for the implementation of the Rome Statute, the design for a strategy to promote the ratification of the Kampala amendments, and ongoing collaboration with members of the Coalition for the ICC to mainstream ICC support in international organizations.
Deborah recently earned a Ph.D in international law from the Institut de hautes études internationales et du développement in Geneva, with a thesis on the relationship between the ICC and Security Council directed by Prof. Andrew Clapham and Honorary Professor Vera Gowlland. She also holds an M.A. in Law and Diplomacy from The Fletcher School, Tufts University, and a B.A in International Relations from Universidad Iberoamericana, Mexico.
Her introductory post today discusses the promise of the UN Human Rights Council's Universal Periodic Review in promoting ratifications of the Rome Statute of the International Criminal Court.
Deborah dedicates her contribution as follows: 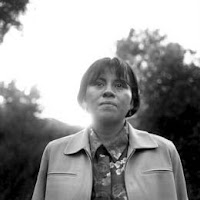 It is my duty and honor to dedicate my first post in this awesome forum of courageous women to Digna Ochoa (pictured right), a human rights lawyer from Veracruz Mexico, assassinated on 19 October 2001. In 2000, Digna received the Enduring Spirit Award from Amnesty International, and in 2003 she received posthumously (with her colleague Barbara Zamora) the Ludovic Trarieux International Human Rights Prize.
Digna Ochoa is emblematic of an ongoing struggle over indigenous rights, land ownership, and exploitation of forests and mines in Mexico, where state officials rely on paramilitary forces to protect economic privileges acquired through corruption.
The deficiencies in the investigations of her death, including the official pronouncement of suicide that was strongly criticized by the Inter-American Commission on Human Rights, highlight the prevailing weakness in judicial protection of not only human rights activists, but also powerless common citizens.

Digna was born in Misantla, Veracruz in 1964. She attended law school in Xalapa and worked for the state Attorney General's office until she uncovered corrupt practices and the systematic intimidation of political enemies. She turned her work to the victims, accused who had self-incriminated after suffering torture. For many years, she headed the legal division of the Miguel Agustín Pro Juárez Center for Human Rights bringing cases of serious human rights abuses of states officials and armed forces, especially in protracted conflicts such as those with the EZLN. Despite repeated death threats which forced her into exile to the United States and led the Inter-American Court of Human Rights in 1999 to order protective measures for her, Digna continued her work denouncing human rights violations.
Her murder, perpetrated during the first year of the new government elected in 2000, brought to public light the dire human rights situation left by 72 years of rule by the Partido Revolucionario Institucional (PRI). The failure to resolve her case, which has been documented by Linda Diebel (Amnesty International’s Media Award) in her book, Betrayed, disappointed those who hoped the new Partido Accion Nacional administration would protect civil rights.  Eleven years after her death and with reports indicating thousands of enforced disappearances especially of human rights defenders, Digna’s case can be seen retrospectively as a warning of the dire times that would come to Mexico. 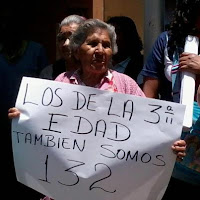 The recent awakening of students and civil society in Mexico through the civil movement “Yo soy 132” (I am 132) (see pictures at left) calling for the democratization of media and rejecting the return of the PRI to the government, would have made Digna proud. The media duopoly continues to obscure the cases and issues that Digna defended. These issues have been reluctantly included in the July 2012 electoral platform of most political candidates, who focus primarily on increased involvement of military forces to address security challenges. As a Mexican, Digna remains an inspiration for her courage and kindness. She called on women to be indifferent to hate, and different from them, the abusers: “Nosotra peleamos sin odio, porque no somos como ellos….”.
As an international human rights jurist, Digna’s case is the constant reminder of the contradictions of human rights policy at the international level. The dedication to her of a post on the ICC and the UPR is a paradox. Mexico has been at the forefront of the establishment and improvement of the Human Rights Council and has continuously and concretely supported the universality of the ICC especially in Chile, Suriname, El Salvador and Guatemala. Yet, I cannot help but wonder to what extent the prestige brought by this international activism might reduce international awareness and involvement in addressing the critically deteriorating situation inside Mexico.
Heartfelt welcome!