The Role of State-State Investment Arbitration 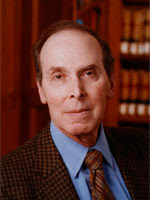 Arbitration news site IA Reporter reports (subscription wall) on an expert opinion by Professor Michael Reisman (pictured left; credit) of Yale Law School. The opinion concerns a novel issue in the investment arbitration realm, one with potentially far-reaching implications.
In addition to investor-state arbitration, many bilateral investment treaties provide for arbitration between the two contracting states, but this mechanism has rarely been used. Indeed, the very innovation of investor-state arbitration is that it permits investors themselves to sue states rather than relying on their governments to espouse claims on their behalf or to settle their disputes diplomatically. This raises the question of the purpose and proper reach of claims brought by states under these treaties.
Ecuador has initiated arbitration under the following state-state mechanism in the U.S.-Ecuador investment treaty:


'Any dispute between the Parties concerning the interpretation or application of the Treaty which is not resolved through consultations or other diplomatic channels, shall be submitted, upon the request of either Party, to an arbitral tribunal for binding decision in accordance with the applicable rules of international law.'

Similar clauses are found in many modern investment treaties.
Professor Reisman’s opinion, submitted by the United States, argues for a very limited effect of the decisions of tribunals in state-state investment treaty arbitrations. In his view, because the very purpose of the investor-state dispute resolution is to displace state espousal of investor claims and to give investors a neutral forum of adjudication, investor-state tribunals have exclusive competence to determine the meaning of treaty protections. States should not be able to restrict a treaty’s meaning post hoc through arbitration. Therefore, the decisions of state-state tribunals are not binding on investor-state tribunals.  In fact, he believes that state claims should not be permitted except concerning issues such as a state’s refusal to enforce an arbitral award or a state’s denouncement of a treaty. 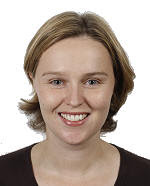 As IA Reporter points out, other scholars have advocated greater use by states of avenues other than renegotiation to steer the interpretation of their treaties. Professor Anthea Roberts (pictured right; credit) (prior IntLawGrrls posts) of the London School of Economics, for example, has argued that states should use interpretive statements for this purpose. She observes that the Vienna Convention on the Law of Treaties views such statements as primary sources of treaty interpretation.
Professor Reisman, and others, worry that states may abuse the state-state mechanism in ways that thwart investor expectations and potentially disrupt investor-state arbitrations. It is conceivable that a state could initiate such a claim during an ongoing arbitration with an investor in an attempt to circumvent the authority of the appointed tribunal.  The Ecuador-United States investment treaty arbitration will thus be an interesting one to watch.
by Sadie Blanchard at 6:00 AM