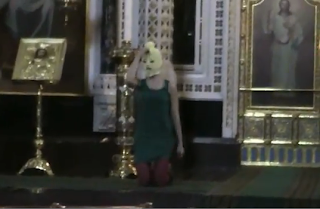 Prosecutors in Moscow are seeking a 3-year jail sentence for 3 members of Pussy Riot, a punk band made up of women opposed to Russia's once and current President, Vladimir Putin.
They're on trial for the crime of "hooliganism," deemed a Crime Against Public Security by Article 213 of the Russian Criminal Code. 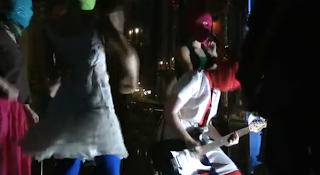 Conviction would expose them to prison sentences of up to 7 years.
Source of the charges? 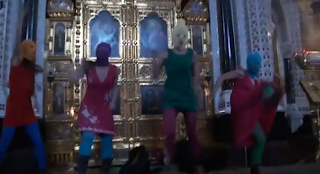 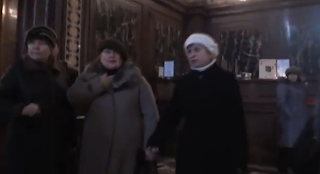 It's the same YouTube site from which the images accompanying this post -- said to depict the actual performance at issue -- were screen-grabbed. It's a statement on a lot of things -- not the least, the many faces of womanhood in modern Russia.
by Diane Marie Amann at 8:23 PM