The International Criminal Court is seeking applications for 2 key positions: Registrar, leader of one of the court's 4 principal organs; and Chef de Cabinet, or Chief of Staff, to the ICC Presidency.


Registrar
As the job notice states:


The Registrar, head of the Registry, is responsible for the non-judicial aspects of the administration and servicing of the ICC. The Registrar, who shall serve on a full time basis, is elected by the plenary of the judges of the Court, taking into account any recommendation of the Assembly of States Parties (Art. 43.4 of the Rome Statute). He or she shall serve a five year term, renewable once for the same period subject to re-election. The current term of the Registrar expires in April 2013.

For details on the Registrar's duties, required qualifications, salary, etc., see the full job notice. Deadline for applications is August 27, 2012.


Chef de Cabinet
As the job notice for this level P-5 position, for one year renewable, states:


The Presidency of the ICC, composed of the President and two Vice-Presidents, is responsible for ensuring the proper administration of the Court by means of managerial oversight, coordination and cooperation; overseeing and supporting the fair, open and effective conduct of judicial proceedings; fulfilling the specific judicial functions of the Presidency; and broadening global understanding of and support for the work of the ICC by representing the Court in the international arena. 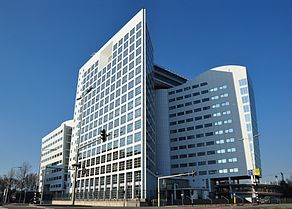 For details on the duties, required qualifications, salary, etc., for the position of Chef de Cabinet. see the full job notice. Deadline for applications is September 16, 2012.

Description of the overall ICC application process, as well as notices of other ICC vacancies, available here.
by Diane Marie Amann at 4:30 AM