The Hastings Women's Law Journal, based at my home institution, the University of California Hastings College of the Law, soon will host an important symposium on an aspect of sexual violence.
Entitled "Fixing a Broken System: Rape and Sexual Assault in the Military," the symposium will take place on Friday, September 28, 2012, at the law school, 200 McAllister Street, San Francisco, California. Organizers hope to generate ideas to repair a system that too often fails to meet the demands of its many constituencies, including persons who suffer sexual assault by service members. 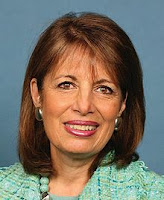 For further information, please contact Gina Gribow, the Journal's Executive Symposium Editor, at gribowg@uchastings.edu.
by Elizabeth L. Hillman at 4:30 AM