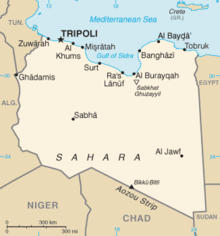 The awful news from Benghazi prompts our community to review the international law landscape.
And my students and I did in Public International Law yesterday.
Discussed were:
► The customary norm that obligates host states to protect foreign diplomats from harm. The norm's been self-evident as long ago as the 1780s Marbois incident, under study as part of our consideration of the Alien Tort Statute in preparation for the Supreme Court's October 1 reargument of Kiobel.
► Treaties like the 1961 Vienna Convention on Diplomatic Relations and the 1963 Vienna Convention on Consular Relations. The treaties have, respectively, 187 and 173 states parties – including, since the 1970s, both Libya and the United States. The treaties formed a basis for the United States' filing against Iran, a matter the International Court of Justice decided in 1980. Article 22 of the diplomatic relations treaty mandates that "[t]he premises of the mission shall be inviolable," and that the host state shoulders "a special duty to take all appropriate steps to protect the premises of the mission against any intrusion or damage and to prevent any disturbance of the peace of the mission or impairment of its dignity."
En route to my International Criminal Law class later in the day, another thought came to mind:
► The International Criminal Court is empowered to act in Libya.
That's been the case since for more than a year: U.N. Security Council Resolution 1970 referred to the ICC the situation in Libya. (map credit) Paragraph 4 of the Resolution 1970 specified a start date of February 15, 2011 – but no end date, and Council resolutions on Libya, even after the post-Gaddafi regime, have made note of that referral. (IntLawGrrls' Libya posts here.)
Seems, then, that if tragic events were to meet the elements of, say, a crime against humanity, and if individual suspects were to be identified (questions to which it's far too early to give answers), it would seem within the ICC's power to investigate.
Whether it would do so – given both the U.S. commitment itself to pursue Tuesday's wrongdoers, not to mention the new Libya's tense relationship with the ICC – is another matter altogether.
by Diane Marie Amann at 6:00 AM

Forgive me, but to be a crime against humanity doesn't the attack need to be widespread and systematic, therefore it cannot be not be prosecuted as such? More likely to have protection under the Geneva Convention.

As stated in the main post, whether elements of a crime within the jurisdiction of the ICC are met is a question that can't be answered without full information and the hindsight of how events unfold.

I agree with the first comment namely that in order to qualify the underlying crime as a crime against humanity it must be part of a widespread or systematic attack. Under the ICTY jurisprudence "widespread" refers to the large-scale nature of the attack and the number of targeted persons. The ICTR has defined "widespread" as "massive, frequent, large scale action, carried out collectively with considerable seriousness and directed against a multiplicity of victims." In the ICTR's jurisprudence, the phrase "systematic" refers to the organised nature of the acts of violence and the improbability of their random occurrence. The ICTR has defined "systematic" as "thoroughly organised and following a regular pattern on the basis of a common policy involving substantial public or private resources." The ICC Statute defines in Article 7(2)(a) an attack directed against any civilian population as "a course of conduct involving multiple commission of acts referred to in paragraph 1 against any civilian population, pursuant to or in furtherance of a State or organisational policy to commit such attack." On this basis, the proposition that the US embassy attack could qualify as a crime against humanity is clearly untenable.


Yes, of course.
There is no dispute in this regard.
The post was meant simply to remind of the potential for ICC jurisdiction should matters develop in a way that crimes within jurisdiction are deemed to have occurred. (The actual exercise of any such jurisdiction is, however, remote for the political reasons mentioned at the end of the post.)
Close reading will reveal that the post and subsequent comment do not limit consideration to the single attack in Benghazi. It should also be noted that the post was prompted in part by speculation on the day that the attack was not random but may have been part of a larger course of conduct -- it is those facts that would have to unfold, of course, before any CAH might lie.
But perhaps the point was made too obscurely. Many thanks for your comments.