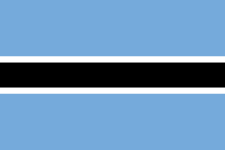 Botswana’s High Court has held that a customary law among the Ngwaketse tribe that allocated the family home to the youngest son was anti-constitutional.
Edith Mmusi and her sisters took care of the home and maintained it, but when their father died it was claimed by the son of one of their half-brothers, Molefi Ramantele. He claimed that under customary law women could not inherit the home. While a chief’s court allocated the property to all the children, that court was reversed by the Customary Court of Appeal, which agreed with Ramantele. Mmusi, with the assistance of a private lawyer and the Southern Africa Litigation Centre, appealed to the High Court.
In its 68-page judgment in Mmusi and Others v Ramantele and Another, issued on October 12 and available here, the Court found that the customary law violated the equal protection provision of Botswana’s constitution. It found, first, that the constitution had to be broadly interpreted, as a living document, and that its interpretation should be informed by the persuasive authority of international and comparative law, even though such law was not directly binding on the courts in Botswana (flag above).
Article 3 of the Constitution of Botswana refers to the “protection of the law” applying to all regardless of race, place of origin, political opinions, colour, creed or sex; Article 15 explicitly prohibits discrimination. An earlier case (Attorney-General v. Unity Dow (1992) (prior posts)) had found that the anti-discrimination provision should be read to encompass sex. However, the Court relied on the equal protection provisions, rather than the anti-discrimination provisions, because Botswana, like several other African countries, has a carve-out for discrimination that deals with marriage, divorce or inheritance (15(c)) or is the result of the application of customary law (15(d)). The provisions of Article 15 are not applicable in these cases, but those of article 3 have no such limitation.
Article 3 does, however, limit the right in light of


'respect for the rights and freedoms of others and for the public interest.'

The country’s first woman Attorney-General, Athalia Molokomme (prior post), had, ironically, emerged as one of the primary defenders of the customary law. She argued that it was not in the public interest to find the practice of favoring males in inheritance to be unconstitutional, because a majority of the population followed such practices, and it was too soon to abandon such culturally ingrained rules.
The Court, through Justice Key Dingake, disagreed, finding in paragraph 196:

'It seems to me that the reason proffered by the learned Attorney General cannot be a valid reason to discriminate against the applicants. In my mind, there is no legitimate government purpose to be served by the discriminatory rule; and the fact of the matter is that the rule sought to be impugned is not only irrational but amounts to an unjustifiable assault on the dignity of the applicants and or women generally. The effect of the Ngwaketse Customary law, sought to be impugned, is to “subject women to a status of perpetual minority, placing them automatically under the control of male heirs, simply by virtue of their sex”. I do not think it can be credibly argued that discrimination alluded to above serves any worthy or important societal purpose. It is a matter of record that the government is concerned about this discrimination and its wish to see it ended, if what it proclaims at International forums is anything to go by. Speaking for myself, I am unable to reconcile the rule under discussion with the equality provisions captured by Section 3 (a) of our Constitution.'

The judge continued in paragraph 197:


'This court also rejects outright any suggestion, no matter how remote, that the court must take into account the mood of society in determining whether there is violation of constitutional rights as this undermines the very purpose for which the courts were established.'

The Botswana High Court thus joins South Africa (whose case law the Court cited extensively) in finding that male-only customary inheritance laws cannot be reconciled with the constitution, no matter how widespread or well-established they may be. It remains to be seen how the judgment will be taken up and applied by the hundreds of customary law courts throughout the country, few of whose decisions are ever appealed.
by Naomi Roht-Arriaza at 12:00 PM