The feminist presence in transitional justice is complex, multilayered and still in the process of full engagement. As my own work has illustrated, little gender analysis and little attention to ‘women’s issues’ entered into the discursive fray in the public and political arenas where the terminology of transition and accountability emerged. Moreover, the full relevance of feminist theorization is only slowly being revealed by ongoing debate and critique. As we create a feminist presence in transitional justice scholarship and also rework the patriarchal assumptions that underpin the field, the work of Hilary Charlesworth, Christine Chinkin and Shelley Wright is an essential starting point.

As confirmed in "Advancing Feminist Positioning in the Field of Transitional Justice", an article of mine recently published in the International Journal of Transitional Justice, any investigation of distinctly feminist responses to transitional justice would commence with the formidable groundwork laid by Charlesworth, Chinkin and Wright in the early 1990s.
Their collective scholarship draws on wider feminist theorizing and recognizes how ‘law privileges a male view of the universe,’ (Charlesworth, 1994) with an emphasis on the incorporation of the public/private distinction, ‘operating in the public realm of the collectivity, leaving the private sphere of the individual untouched,’ (Charlesworth, 1999) with evident consequences for women. These entrenched and deeply gendered practices in international and comparative law making have had a healthy cross-pollination with the emergence of the subfield of transitional justice.
The identification of women’s interests with transitional justice practices has a short record. Moreover, only relatively recently has some distinctly feminist language and methodology emerged in the field.
As feminist engagement deepens, it meets a field that is rapidly expanding, and has the fortune and disadvantage of being termed an ‘industry.’ The growth of transitional justice is both an opportunity and a warning. A new context gives rise to new opportunities, ideas and sites of intervention.

Equally, newness often hides deep pitfalls of structural and entrenched gender discrimination, those cogently identified in the co-authored work published in a 1991 issue of the American Journal of International Law and celebrated in this series, "Feminist Approaches to International Law". These snares identified (male hegemony, lack of representation, masculine institutions, the selectivity and pace of reform in international law) have the tendency to come repackaged in the transitional context, where the presumed contours of the field give hope for gender transformation, but rarely deliver.
Feminists would do well to pause and reflect on the state of the field of international law generally and emerging sub-fields such as transitional justice in particular. For transitional justice scholars we should think about how best to avoid the constant sense of just catching up to the where the field has expanded, so as to frame a feminist vision of transition that is not only responsive to expansion and opportunity but could actually offer on its own terms the basis of engagement. How would a feminist vision incorporate non-hegemonic practices and be aware of the complexities and contradictions of its own dominant discourses? Given the diversity of transitional sites, can we meet the complexity of the situated female subject and ‘unpack the material and discursive effects’ of the legally infused categories and processes that go hand in hand with transitional justice?
I argue that a greater awareness of the complexity of feminist positioning towards transitional justice is a means to guard against the reproduction of hegemonic feminist discourses and the perpetuation of elite feminist stratification towards the subjects and locales of transition. We must:

► Pay attention to the dangers of women ‘here’ talking ‘about’ women who are ‘there’.
► Make up the essential connections between the collective experiences of violence, exclusion and discrimination experienced by women in all societies, where peaceful, violent or in transition. 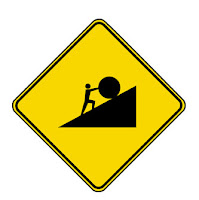 ► Also pay attention to the dangers of fragmentation, and to the cogent reality that even as new international law sub-fields have emerged, the same patterns of gender exclusion are reproduced.
In one sense what this anniversary reminds us is that we are all engaged in a Sisyphus-like endeavour. This time the hope is that the mountain we climb as feminist scholars becomes squatter and shorter, that the feminist stone has become lighter, and that more of us are moving up the hill together.
by Fionnuala Ní Aoláin at 6:00 AM

Thank you for this great post. As a Xicana Feminist currently living in Guatemala I'm conscious of the dangers of women "here" talking "about" women who are there.

One of the main challenges that I am confronting along the lines of engaging and understanding feminist discourse outside of academic walls is the the difficulties of being able to find a space where I am able to draw from both types of scholarships. It is a challenge to access articles and journals once you are no longer part of the elite circle. This dilemma of intellectual property is hindering and exclusive. How are feminist theorists who are members of academic institutions truly exchange, engage, and produce knowledge with theorists who do not belong to these institutions? If by chance, there is an exchange, the discourse is quickly copyrighted and placed in a space where the rest of the world has very little access to. Thus, this creates the very essence a power advantage in regards to the production of knowledge.

In the end this only reinforces a hegemonic feminist discourse. A few months ago there was an excellent article in the Economist (again a magazine that few people can afford) on the topic of intellectual rights and the production of research. That being said, sense the introduction of the internet the access to information has immensely increased but the reality is that it is still very limiting for those of us who no longer belong to an academic institution or who never did. Thank You.

Dear Alma,
We would like to foreground this important comment by putting it on the blog itself. Can you e-mail us at intlawgrrls@gmail.com so we can do so?
Thanks,
Diane

Can I offer a tribute on behalf of all those students out there who discovered this article, then the field, then tried to join and sustain the community of practice. As an Australian undergraduate law student who first discovered Hilary Charlesworth and then this seminal article, and then the field of transitional justice and wonderful thinkers like Fionnuala,my life was enriched. That article has been like a bread trail to great ideas and thinkers for me. My whole doctoral thesis book was a response to one line in The Boundaries of International Law, applied to the case study of East Timor. The impact on students struggling to articulate a sense of what was missing from the field they loved cannot be overstated. So thank you, from the students.