(1st in a series celebrating "Feminist Approaches to International Law")

It's IntLawGrrls' great pleasure today to kick off a celebration of the 21st anniversary of "Feminist Approaches to International Law." This seminal article by Hilary Charlesworth, Christine Chinkin, and Shelley Wright was published by the American Journal of International Law in its October 1991 issue.
Just as we at IntLawGrrls honor our transnational foremothers in order to draw attention to women's oft-overlooked contributions to international law and policy, this month we celebrate the crucial role that this article has played in opening up space for women's voices in the international arena.
Over the next few weeks, we will welcome posts from several leading female international law scholars, each of whom will reflect on Feminist Approaches and its impact on her work.  Our list of participants includes IntLawGrrls contributors Doris Buss, Fiona de Londras, Sari Kouvo, and Fionnuala Ní Aoláin.  We also welcome a new IntLawGrrl, Aoife O'Donoghue, and will end the series with a contribution from the article's authors, Charlesworth, Chinkin, and Wright.  We begin the celebration today by offering a couple of thoughts on the article's ongoing contribution to the field of international law.

In Feminist Approaches – awarded the 1992 Francis Deák Prize by the American Society of International Law – Charlesworth, Chinkin, and Wright set forth numerous valuable critiques of international law and organizations. Here we focus on 2:
► Rendering women's perspectives visible in international law; and
► Promoting diversity of women's voices.

Visibility
Though we've made progress on both counts, women's work, to these ends, is not done. Despite substantial female interest and talent in the field, international law has long been dominated by male voices. There remains today a gender gap in the American international legal academy.
One measurement worth considering is women's leadership and participation in the American Society of International Law.
Early on, ASIL rejected applications from women like Belva Ann Lockwood, the 1st to argue before the U.S. Supreme Court, and Jane Addams, who would go on to win the Nobel Peace Prize. (Both have been honored as IntLawGrrls foremothers.) The Society admitted women as members in 1920, just as the 19th Amendment guaranteeing women's vote took effect. 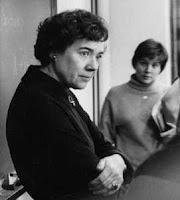 A half-century later, Dr. Alona Evans (left) – a Wellesley professor who, as previously posted, was the 1st woman elected to the AJIL board and would become ASIL’s first woman president – published an article in a 1974 edition of AJIL. In it, she and her co-author, Carol Per Lee Plumb, assessed women's involvement in the Society. Their findings:
From 1943 to 1973, women constituted 6% to 7% of ASIL’s annual membership. During this period, there were only 2 female officers of the Society. From 1960 to 1973, only 21 women in total presented talks at the Society’s annual conference. From 1927 to 1973, women published only 30 articles in the AJIL, and in 1974 only 2 of the Journal’s 24 editors, or 8%, were women.
By way of comparison, IntLawGrrls' current findings:
As of 2012, according to the most recent information available on the Society's website, 27 out of 63, or 43%, of the its Executive Council are female. Since 1974, of 20 ASIL Presidents, 4, or 20%, have been women. (They include an IntLawGrrls contributor, Lucy Reed.) Seven of 25, or 28%, of the editors of AJIL are currently female. At this year’s annual conference, we counted 101 women presenting talks. In short, women have moved, from invisible to somewhat visible, within the Society and its principal publication.
The gender consciousness raised by Feminist Approaches and the literature that followed has inspired efforts to increase gender diversity at ASIL and elsewhere in the field of international law.  But we've yet to attain full equality.
We resist in particular the “pink ghetto” phenomenon that attaches to certain subfields of international law. (It's a concern about which IntLawGrrls contributor Leila Nadya Sadat wrote a thoughtful article in the special issue of the International Criminal Law Review that IntLawGrrls edited last year.) While many of us research and write in the areas of international criminal law and international human rights law, we note that, like many women in the field, these are not our only areas of specialization. IntLawGrrls blog boasts female experts in fields ranging from military law to international investment and trade law, to international legal theory.  As with gender representation at ASIL, we've seen progress in the form of greater inclusion of female voices at international law conferences in a variety of subfields, but gender gaps persist.


'[A] diversity of voices is not only valuable, but essential, and . . . the search for, or belief in, one view, one voice is unlikely to capture the reality of women’s experience. . .' 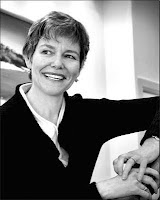 We at IntLawGrrls believe the same to be true for men’s experiences – notwithstanding that, in the United States at least, there is a tendency for American navel-gazing to pass for international dialogue.
If the discourse of international law is to live up to the name of, well, international law, our field must include in the conversation perspectives from every continent, class, ethnic or other group, sexual orientation, and gender.
Our blog will continue to try to expand the field beyond its current confines, taking up the challenge that Hilary Charlesworth, Christine Chinkin, and Shelley Wright put to all of us more than 20 years ago.

We welcome posts from IntLawGrrls contributors and readers on the impact that Feminist Approaches has had on your work.  Please contact us at intlawgrrls@gmail.com if you are interested in contributing to our celebration of this article.
by Jaya Ramji-Nogales at 6:00 AM