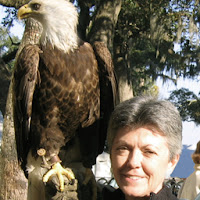 It's our great pleasure to welcome Dorinda G. Dallmeyer (left) as an IntLawGrrls contributor.
Dorinda is the Director of the Environmental Ethics Certificate Program at the University of Georgia in Athens, from which she earned bachelor's and master's degrees in geology as well as her law degree. She teaches courses in environmental dispute resolution and marine environmental ethics.
At Georgia Law she was a student of Louis B. Sohn, the inaugural Emily & Ernest Woodruff Chair in International Law, the chair yours truly is honored now to hold. Sohn moved to the law school at the invitation of Dean Rusk, the former U.S. Secretary of State who taught here after retirement, establishing Georgia Law's Dean Rusk Center for International Law & Policy, for which Dorinda is a former Associate Director, and which celebrates its 35th anniversary this year. 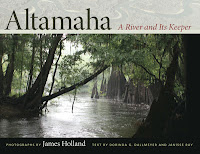 Formerly a Vice President of the American Society of International Law, Dorinda is also a member of the Council on Foreign Relations.
Since 2001 she and others have collaborated on the Southern Nature Project, which organizes writers workshops and conferences, as well as public radio broadcasts, aimed at promoting conservation of the environment in the South. Her publications include, most recently, Altamaha: A River and Its Keeper (2012), for which she coauthored the text, and in 2004, Elemental South, an anthology she edited. In 2005 the Southern Environmental Law Center presented gave her 2 Phillip Reed Memorial Awards for Outstanding Writing about the Southern Environment.
Dorinda contributes as her post below the remarks she made in tribute to Professor Sohn at the October 20 conference dinner that capped the ASIL Midyear Meeting held last weekend at the Coca-Cola Co. headquarters in Atlanta and at the University of Georgia School of Law in Athens.
Also paid tribute at that meeting, in remarks at the dinner and in biographies by Georgia Law student Jackson Harris and published in the program available here, were Rusk and the late David Bederman of Emory Law.
Heartfelt welcome!
by Diane Marie Amann at 6:00 AM