Kate Doty on GTMO, at Jurist 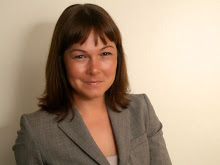 Kudos to IntLawGrrls editor Kathleen A. Doty, whose comparison of conditions on the island of Cuba – in the lands controlled by the Castro regime and at the U.S. military base at Guantánamo Bay – appeared yesterday at Jurist.
Kate (left) begins her commentary, entitled "In Cuba: Justice in Gitmo and Across the Fence," by recalling a visit to the GTMO gate back in August 2001, when she was a semester-abroad student from Smith College. She then fast-forwards to the military commissions proceedings that she observed at GTMO last month. As she posted here and here, Kate, Publications & Program Manager at the American Society of International Law, was an observer for the National Institute of Military Justice.
In her Jurist piece, Kate writes of the "displays of governments' power" on both sides of the fence, describes the similarities and differences respecting detention on either side, and relates an impression of the U.S. commissions: 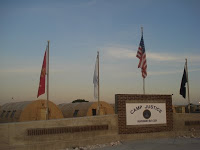 '[A]s I walked through the two security checkpoints and into the prefabricated building that houses the "courtroom" at Camp Justice, I couldn't help but think that American justice simply isn't rendered in a trailer.'

Well worth a read.
by Diane Marie Amann at 6:00 AM