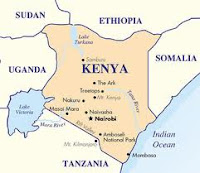 The Kenyan Court of Appeal in Nairobi has overturned the Mombasa High Court judgment of November 9, 2010, in which Judge M.K. Ibrahim had ruled that Kenyan courts did not have jurisdiction to prosecute anybody for the crime of piracy, unless the crime took place in Kenyan territorial waters.
In the case of In re Mohamud Mohammed Hashi, et al., decided on October 18, 2012, the Court of Appeal determined that Kenyan courts would once again have universal jurisdiction over the crime of piracy.
As yours truly and many others have written before, Kenya had concluded a series of transfer agreements with maritime nations, whereby Somali pirates captured by such maritime nations would be transferred to Kenya, for prosecution in the Kenyan magistrate-level courts. The Mombasa High Court’s 2010 judgment signaled the end of the Kenyan transfer program, because of its holding that only territorial piracy crimes could be prosecuted in the Kenyan courts (for an excellent analysis of this judgment, see this post). Most instances of Somali piracy take place on the high seas, and as such, none would have been eligible for prosecution in the Kenyan courts under the magistrate court ruling.
After the November 9, 2010, ruling, the international community reacted with both concern and pragmatism.
Attempts were made at the diplomatic level to persuade the Kenyan authorities to resume prosecutions. In addition, two new regional partners were identified: the Seychelles and Mauritius both concluded similar transfer agreements with major maritime nations, whereby these two nations agreed to prosecute captured Somali pirates in their national courts.
Facing pressure by the international community, as well as the prospect of losing the transfer model exclusivity, Kenya responded by establishing a special appellate jurisdiction in which the November 9, 2010, ruling would be challenged. The appellate panel was composed of five justices, who, after almost a 2-year delay, unanimously determined that the 2010 ruling would be overturned.
The appellate judgment should result in the restart of the Kenyan transfer program, and in the resumption of ongoing piracy trials in the Mombasa courts, which had all been halted pending this appeal.
The Court of Appeals judgment was delivered by Justice David K. Maraga. Justice Maraga determined that the Mombasa High Court had misinterpreted Kenyan law, by subordinating a specialized substantive section on piracy to a more general section on jurisdiction.
In addition, Justice Maraga decided that the lower court had failed to appreciate the applicability of the doctrine of universal jurisdiction.  He wrote that


'the offence of piracy on the coast of Somalia, which we are dealing with in this appeal, is of great concern to the international community as it has affected the economic activities and thus the economic well being of many countries including Kenya. All States, not necessarily those affected by it, have therefore a right to exercise universal jurisdiction to punish the offence.'

It seems that, according to Justice Maraga, Somali piracy constitutes a global threat, and that courts of all nations, including Kenya, should be able to prosecute the crime of piracy under the concept of universal jurisdiction.
The re-opening of Kenyan courtrooms for the prosecution of Somali pirates is a welcome development in the global fight against Somali piracy.
by Milena Sterio at 6:00 AM