Religion and the Status of Women 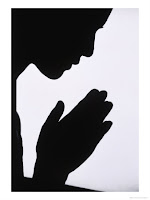 Troubled by prevalent extreme Muslim and ultra-Orthodox Jewish practices designed to humiliate and belittle women, Professor Amos N. Guiora and I co-authored a paper entitled "Religion and the Status of Women".
In this paper, we posit that under no circumstances can religious beliefs justify harming women, and that the state is obligated to proactively prevent such harm and hold criminally liable those who injure women in the name of religion.

Identifying practices
In the first part of the article, we identify and describe extreme religious practices that cause either physical or emotional harm to women:
► Honor killings;
► Female genital mutilation;
► Separation of sexes in public locations;
► Chastity/modesty rules; and
► Education restrictions.
This section is not meant to provide the reader an in-depth analysis of each harmful practice, but rather to draw the reader’s attention to emerging extreme religious practices that relegate women to a subordinate role in society.

Why societies subjugate
Then, through an analysis of religious interpretation, we examine why extreme societies subjugate, humiliate and belittle women in the name of religion. We argue that the strict, absolute nature of extremist religious interpretation does not match the contemporary world and, ultimately, cannot validate the perpetuation of female subjugation.
Extremist practices challenge, if not undermine, the fragile social structure of civil, democratic society, and thus limit the nation state’s response. Balancing legitimate individual rights with equally legitimate national security rights is, arguably, the most complicated question confronting civil democratic society. Broad definitions of harm cast too wide a net and impose limits on otherwise guaranteed rights, whereas a narrow and under-inclusive definition potentially harms society. As a result of this tension, state actors often turn a blind eye to extreme religion’s subjugation of women rather than proactively preventing and prosecuting crimes against women in the name of religion.

Contemporary judicial decisions
In the next section of our paper, we address contemporary court decisions that grapple with the tension caused by extreme religious practices that harm women.
While a number of issues reflect the increasing extremism, we focused on two:
► The separation of men and women on public transportation. The Israeli Supreme Court, in Naomi Ragen v Ministry of Transportation (2011), forbade the practice of forcing women to sit in the back of public buses, which represented a hardening of interpretation regarding gender and the status of women.
► Turkey’s headscarf ban. Similar to the decision just discussed, in this instance a court ruled in favor of the protection of women over the preservation of religious practices. Specifically, as IntLawGrrls have posted, in Leyla Şahin v. Turkey (2005), a Grand Chamber of the European Court of Human Rights ruled that Turkey's headscarf ban was justified to insure order in society and to prevent extremist political movements from imposing religious symbols on the whole society.

Conclusion
As we suggest in this paper, religious extremists’ risk of harm to women is not relegated to the pages of history but, rather, appears in newspapers today. This fact requires state agents, many who have turned a blind eye, to:

► Forcefully address faith leaders who incite harm against women;
► Directly engage persons who harm women, whether physically or emotionally.
We argue that under no circumstances does religion justify harming women. Therefore, nation-states must not only proactively limit religious extremists who incite harm directed at women, but also punish those responsible for mutilating, injuring, and humiliating women.
by Unknown at 4:30 AM