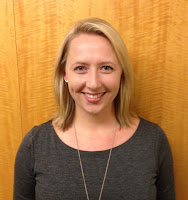 It's our great pleasure today to welcome Christen Broecker (left)  as an IntLawGrrls contributor.
Christen is the Associate Director of the Jacob Blaustein Institute for the Advancement of Human Rights (JBI) in New York, where her work focuses on strengthening international human rights institutions, the prohibition against torture, the right to freedom of opinion and expression, and genocide prevention. She also provides research assistance to another IntLawGrrls contributor, JBI Director Felice Gaer. Specifically, Christen conducts research relating to Felice's work as Vice Chair of the United Nations Committee against Torture, a committee on which Felice has served since 1999.
In her introductory post below, Christen details a milestone achievement of the Committee against Torture; specifically, its adoption, on Friday, while meeting in Geneva, Switzerland, of General Comment No. 3, on the matter of right to redress.
Before joining JBI, Christen was the 2009-2010 New York University Law Fellow at Human Rights Watch, with responsibility for researching and reporting on human rights abuses in Indonesia. She holds a B.A. magna cum laude from the University of North Carolina at Chapel Hill, as well as J.D. cum laude and an LL.M. in International Legal Studies from NYU, where she was an Institute for International Law and Justice Scholar. She also has provided volunteer support to attorneys litigating Alien Tort Statute claims against corporate defendants and to the Truth and Reconciliation Commission of Liberia.
Christen's publications include two reports on Indonesia for Human Rights Watch and several academic articles on corporate accountability for international human rights violations.
Christen dedicates her post as follows:

'To human rights attorney and professor Rhonda Copelon, whose pathbreaking work on Alien Tort Statute litigation opened the door for victims of torture perpetrated overseas to seek redress in U.S. courts, and whose scholarship and advocacy on sexual and gender-based violence led international bodies including the Committee against Torture to recognize that gender crimes including rape and domestic violence can constitute torture.'

In this she joins many who, in prior posts, have thus honored Rhonda, an IntLawGrrls foremother. (credit for above right photo by Jim Block, made in 2005 at the University of California-Berkeley School of Law) As we then posted, Rhonda passed away on May 6, 2010.
Heartfelt welcome!
by Diane Marie Amann at 6:00 AM