The Lieber Society for the Law of Armed Conflict, an interest group of the American Society of International Law, welcomes scholars who or 35 years old or younger to submit articles to be considered for the 2013 Francis Lieber Prize, to be announced at ASIL's annual meeting in April in Washington, D.C.

This annual prize is awarded to  authors of English-language works, published in 2012 or imminently about to be published –  monographs, articles, chapters in a book of essays – judged outstanding in the field of law and armed conflict. Topics may include the use of force in international law, the conduct of hostilities during international and non international armed conflicts, protected persons and objects under the law of armed conflict, the law of weapons, operational law, rules of engagement, occupation law, peace operations, counter terrorist operations, and humanitarian assistance.
Honored last year were:
► 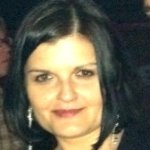 Kinga Tibori Szabó (right), currently an Associate Legal Officer at the Special Tribunal for Lebanon, for her book Antipatory action in self-defence: Essence and limits under international law (2011), reviewed here.
► Nicolas Lamp, a Ph.D. student at the London School of Economics, for his 2011 article "Conceptions of war and paradigms of compliance: the "new war" challenge to international humanitarian law".
Submissions for this year's prize must be received by 21 January 2013. Submission requirements and other details here.
by Diane Marie Amann at 6:00 AM