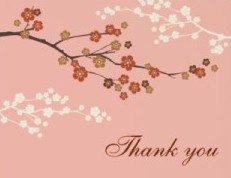 All good things must come to an end, as they say.
And so it is today with IntLawGrrls.
After much discussion among ourselves, we editors have decided to close this forum – to take a break from daily blogging, and to pursue new adventures:
►Yours truly is deeply honored to have been appointed by International Criminal Court Prosecutor Fatou Bensouda to serve as her Special Adviser on Children in and Affected by Armed Conflict.
►Jaya Ramji-Nogales continues to do important work teaching and writing on immigration, refugee law, and transitional justice.
► Kate Doty has been promoted to the position of Attorney-Editor at the American Society of International Law. In this new role, which takes effect at the New Year, she will be responsible for overseeing all of the content for International Legal Materials and ASIL Insights, and will write ASIL's International Law in Brief.
►And of course, Beth Van Schaack has been an editor emerita  since early this year, when she became Deputy to the Ambassador-at-Large for War Crimes Issues at the State Department's Office of Global Criminal Justice.
It's been our pleasure to create this cyberspace for – to quote our motto – voices in international law, policy, practice." Fully 307 women have contributed –  judges, professors in law and other disciplines, law students, prosecutors and defenders, advocates at nongovernmental and intergovernmental organizations, and filmmakers – since our birthdate of March 3, 2007.  Recently, we've also welcomed 4 men as very special guests.
Together, they've written 6,170 posts. According to Google statistics, IntLawGrrls has received an astounding 1.7 million page views. And rankings just released today indicate that we depart ranked among the top 25 law professors' blogs (and one of only a few at that tier with significant input from women contributors).
We look forward to seeing contributors' writings elsewhere, online and in print. I'll be posting now and again at my new personal blog, Diane Marie Amann, and I welcome you to follow it at the website or via LinkedIn or Twitter.
Deepest thanks from each of us to all our contributors and readers.
It's been a great run.
by Diane Marie Amann at 6:00 AM

Diane and others -- Thank you all for providing this wonderful blog/resource/voice/forum over the years. I'm sure I'm only one of many who will miss it greatly. Congratulations on your new adventures! -- Jean Galbraith

Congratulations to all on your new and continuing ventures. IntLawGrrls will be missed! I will always remember this amazingly helpful, innovative, and pink(!!!) place on the web. But I look forward to hearing of everyone's work in other spaces, on-line and off. Thanks for all the ways you have enriched the lives of your readers and contributors.

One of my favourite blogs of International Law! Thank you very much for everything!

Count me among those deeply appreciative and grateful. I too will miss this forum although I hope IntLawGrrls' bloggers will continue to contribute to other international law and politics blogs.

Alas. I came for my daily fix today, after a few days of travel, to find this sad news. I thank and congratulate you four – Diane, Beth, Kate and Jaya – for the amazing site you created. It, in turn, created a community, a place for new voices, a place for female leadership, and an inspiration in pink. We are in your debt. IntLawGrrls is dead – LONG LIVE INTLAWGRRLS

Congratulations to the editors on exciting new adventures and to all of us for doing such a great job these past 5+ years. It was fun while it lasted I am glad to have been a part of it. Thanks, IntLawGrrls!

I will miss this blog so much. Thank you for everything. (Please keep your excellent archives open, they are invaluable.)

Thank you for creating a resource, an institution, a megaphone, a community. Congratulations and good luck with your new ventures. I, too, will miss IntLaw Grrls ... Goodbye!

Diane and everyone else,

Thank you so much for running this fabulous blog! As a female law student it was wonderful to have this community as a constant source of education and inspiration. You ladies are the best and will no doubt continue to inspire young women like me all over the world!

To Diane & all the IntLawGrlls:
It was a great run! Best of luck to you all as you turn the page....
CSB