CEDAW goes local in California – and beyond?

This year has seen a measure of "global to local" migration –  a development that I find satisfying, inter alia, in that it integrates international human rights law into domestic law. 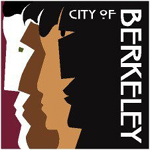 Berkeley
The story in Berkeley began in July 2004, when the City Council adopted Resolution No.62,617, directing that the operative articles of Convention on the Elimination of All Forms of Discrimination against Women be made part of Berkeley Municipal Code, and urging ratification of CEDAW by the United States.
The request that the Council do so had originated in a resolution of the Peace & Justice Commission, on which I serve. The Peace & Justice Commission, one of Berkeley's 30-plus commissions, is made up of of citizen-volunteers who serve the city on a wide range of related issues.
Over the years following the Council's 2004 resolution, City departments continued analyses of various aspects –  including the authority, procedures, and budget – were the city to in fact adopt a new law.
The proposed ordinance came before the City Council for a second time on February 14, 2012, eight years after the initial resolution. It was noted in the February discussion that CEDAW had not yet been ratified by the U.S. government, and that the United States was one of only seven member states of the United Nations in that category.
Following further analysis of the resolution by the City Attorney's office, Ordinance 7,224-N.S. of 17 March 2012 added Chapter 13.20, "Adopting the Operative Principles of the United Nations Convention on the Elimination of All Forms of Discrimination against Women," to the Berkeley Municipal Code. The new Berkeley law:
► Serves to "promote equal access to and equity in health care, economic development, educational opportunities and employment for women"; and also
► Addresses "the continuing and critical problem of violence against women."

San Francisco
The Berkeley experience with CEDAW unabashedly benefits from the example set by the City and County of San Francisco.
Given that CEDAW had not been ratified by the U.S. government, the San Francisco Board of Supervisors took action on the need for legal safeguards on behalf of preventing and ending discrimination against women. The Board held an all-day hearing in October 1997. The resulting Resolution No. 1021-97, duly signed into law by then-Mayor Willie Brown on November 17, 1997, requires city departments to use a gender and human rights analysis to review city policy. Selected San Francisco departments review hiring, funding and service for compliance with the law. (attached below)

After-Effects
► An electronic message, with the 2012 Berkeley law attached, went to U.N. High Commissioner for Human Rights Navi Pillay. Commissioner Pillay sent hearty congratulations, and forwarded the information to the CEDAW Committee that receives reports from the 187 states parties to the Convention on the Elimination of All Forms of Discrimination against Women.
► U.S. Senators Dianne Feinstein and Barbara Boxer, and U.S. Representative Barbara Lee, whose congressional district includes Berkeley, sent letters of congratulations to the city.
► The Mayor's Office of Salt Lake City initiated a conference call with a member of the Berkeley Peace & Justice Commission and a member of the San Francisco Commission on the Status of Women, in order to fact-find details of the process.
by Unknown at 11:24 AM