President Mohammed Morsi’s declaration that his decrees would be above judicial review has sparked public rage in Egypt. For the first time since his election earlier this year, Morsi’s government faces violent demonstrations. Morsi’s attempts to backtrack on his far-reaching decree have not quelled the protests thus far.
The outcry is not merely because of Morsi’s attempt to grab power, but because he has targeted the courts.
Egypt has long had a well-respected bar and judiciary. Lawyers were at the forefront of the movement, about which IntLawGrrls have posted, that brought down the nearly three-decades-long regime of Hosni Mubarak. Judicial supervision of new elections was a rallying cry among Egyptian revolutionaries, and judicial independence is a consensus goal of nearly all revolutionary forces.
While everyone knows that the Supreme Constitutional Court is filled with Mubarak’s cronies who supported the military caretaker government, public confidence in the judiciary as an institution remains high. Even under Mubarak, Egyptian courts managed to develop some judicial independence and gain public trust.
How did the Egyptian judiciary manage to develop some independence under autocracy?
In Veiled Political Questions: Islamic Dress, Constitutionalism, and the Ascendance of Courts," my forthcoming article in the American Journal of Comparative Law, I explain how judicial independence can develop in regimes that are not fully democratic. I argue that courts in non-democracies can strike out a form of constrained judicial independence that can enable them to build institutional power over the long term.
My article stands in contrast to conventional wisdom, which holds that a strong legislature and political parties are necessary for the emergence of an independent judiciary. 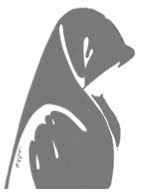 My article explains how judicial independence may arise in the absence of these conditions. It presents a theory of how judicial independence emerges and why and when other political actors will respect it.
I develop this theory through a discussion of court cases involving Islamic headscarves and face veils in Egypt, Kuwait, and Turkey. These cases were translated for the purpose of this article, contributing to the body of foreign constitutional case law available for comparative study.
Cases involving Islamic dress symbolize the most salient political conflict in majority-Muslim countries before and since the Arab Spring: that between Islamists and secularists. These court cases were proxy battles in a political war that could not be fought overtly in the public sphere.
Islamists have always posed the biggest challenge to the power of traditional elites in all majority-Muslim countries, and were, or continue to be, repressed under autocracies as a result. All Islamist groups, before and after the Arab Spring, have placed women’s issues at the center of their political demands.
By requiring courts to interpret Islamic law regarding women’s dress, these cases forced courts to interpret the relationship between shari’a and state law – an issue at the very core of national identity in each of these countries.
Of course, a judiciary capable of checking executive power will not necessarily mean more democracy.
Egypt's Supreme Constitutional Court (right) remains beholden to a non-democratic interest. In cahoots with the military, the Court already dissolved the democratically elected Egyptian parliament, this summer. As of this writing, the Court had postponed ruling on the legitimacy of the assembly that drafted Egypt’s new constitution. If the Court decides to invalidate the assembly, the effect could be to simply delay the constitutional process, or it could facilitate a constitutional coup d'état that would set Egypt back to a time before the Arab Spring. Still, many Egyptians seem to think that the Court is the best hope for checking Morsi’s power, at least for now. If Egypt cannot yet have democracy, at least it can have the rule of law.
by Unknown at 4:30 AM