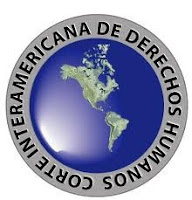 'The Court was explicit in explaining what is required to ensure indigenous and tribal peoples’ right to consultation. The Court stated that the obligation to consult is the responsibility of the state; therefore, planning and conducting the consultation process cannot be delegated to a private company or a third party. The Court also considered that the consultation process should entail a “genuine dialogue as part of a participatory process in order to reach an agreement,” and it should be conceived as “a true instrument of participation,” done in “good faith,” with “mutual trust” and with the goal of reaching a consensus.'

–  Lisl Brunner, a human rights specialist with the Office of the Special Rapporteur for Freedom of Expression, Inter-American Commission on Human Rights, and Karla Quintana, a human rights specialist with the Commission's Litigation Group, in an ASIL Insight entitled "The Duty to Consult in the Inter-American System: Legal Standards after Sarayaku." The co-authors set forth the reasoning in Caso del Pueblo Indígena Kichwa de Sarayaku v. Ecuador (June 27, 2012), in which the Inter-American Court of Human Rights held that the respondent state was liable for failing to discharge its duty to consult with the indigenous Sarayaku people in connection with an oil project, undertaken in 1996, that destroyed part of a rainforest in the people's traditional lands.

As Brunner (right) and Quintana (left) explain, although the decision arose within the inter-American human rights system, it is likely to have impact on actors brought before other regimes as well; for example, those that consider: the International Labour Organization Convention No. 169, titled the Indigenous and Tribal Peoples Convention; the International Covenant on Civil and Political Rights, the International Convention on the Elimination of All Forms of Racial Discrimination, and the African Charter on Human and Peoples' Rights.
by Diane Marie Amann at 4:30 AM